Choose from a wide selection of boats ranging from luxury motor yachts to waking boarding boats, we have every type of boat available to meet your needs. We also take custom orders and will help you acquire a specific boat. 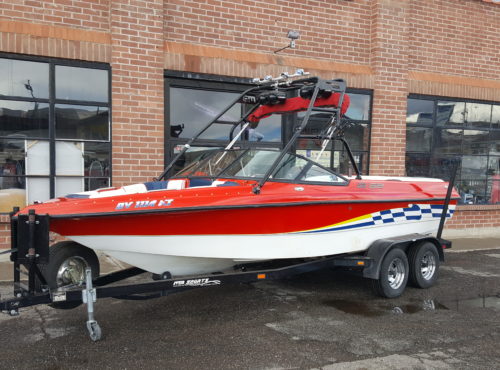 I have never bought anything from Z Marine-Yet. I had some questions and sent an email. In this modern day you are fortunate to get an automated response. Steve actually wrote me back and answered all the questions I had. Great service for someone who has never set foot on the property. I will satisfy

After my outboard sitting a a dealer in sparks for over two weeks and not getting touched, a friend suggested I try Steve. My relatively simple job ended up with complications, but throughout the process Steve was friendly and kept me updated on the situation. I would HIGHLY recommend his shop!

Z-Marine is run by Steve Zinio, originally a traditional 3 event water-skiier, who, thanks to two sons, now knows how to wake-board, wake-skate, and wake-surf. Steve grew up on the lake, spending summers practicing and competing in water-ski events. At age 15 he started working at a boat shop, repairing and servicing engines for a family friend. Later he would land a job at a large yacht repair yard on the coast during the summers, to earn money for school and skiing. Steve ended up at Sacramento State University were he was able to get an education while also competing on their water ski team, ultimately earning a pair of All American awards. During this time he worked at the CSU aquatic center giving private water ski lessons and teaching kids enrolled for summer camp as well as looking after their vessels and facilities. Steve still competes in the local INT events and Z-Marine is a sponsor of the INT. Come out and ski or board with my family at an event this summer!

Z-Marine employs a few select staff members that allow us to run in an efficient manner. The staff possesses the skills to take care of our customers’ needs promptly. We typically service boats in one day, we don’t expect you to drop it off and get it back a week or month later. Oh, and we won’t spill oil or walk on your carpets in our shoes either.